There's no lack of self-described equipment and/or technique experts on the internet, who may or may not be what they imagine themselves to be. General forums like Epic Ski, as opposed to forums operated by iconic pros like Harald Harb and John Clendenin, seem particularly infested. 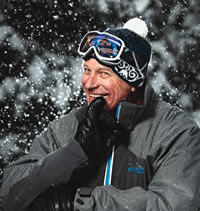 Jackson has played more roles in the ski trade than Eskimos have words for snow: 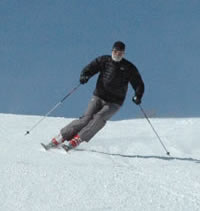 Some say Vermont ex-pat Peter Keelty has been around as long as the ski industry itself. While that might be stretching it, our departing Founder has spent most of his life in the biz and sports a resume as deep and wide as Jackson's.

PK is retiring to pursue his passion — helping skiers ski better, in person, on the hill. Peter continues as contributing journalist. 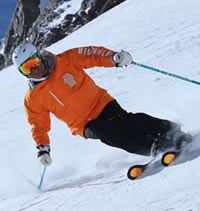 John is regarded as one of the top ski teachers and trainers in the world.

Internationally respected ski teacher, ski racer and coach with World Cup experience; founder of the PMTS teaching method, author of the Anyone Can Be An Expert Skier series of books and videos.

Arguably one of the best skills and carving coaches working today, Harald can help you ski better than you could have imagined and is our boot alignment guru.